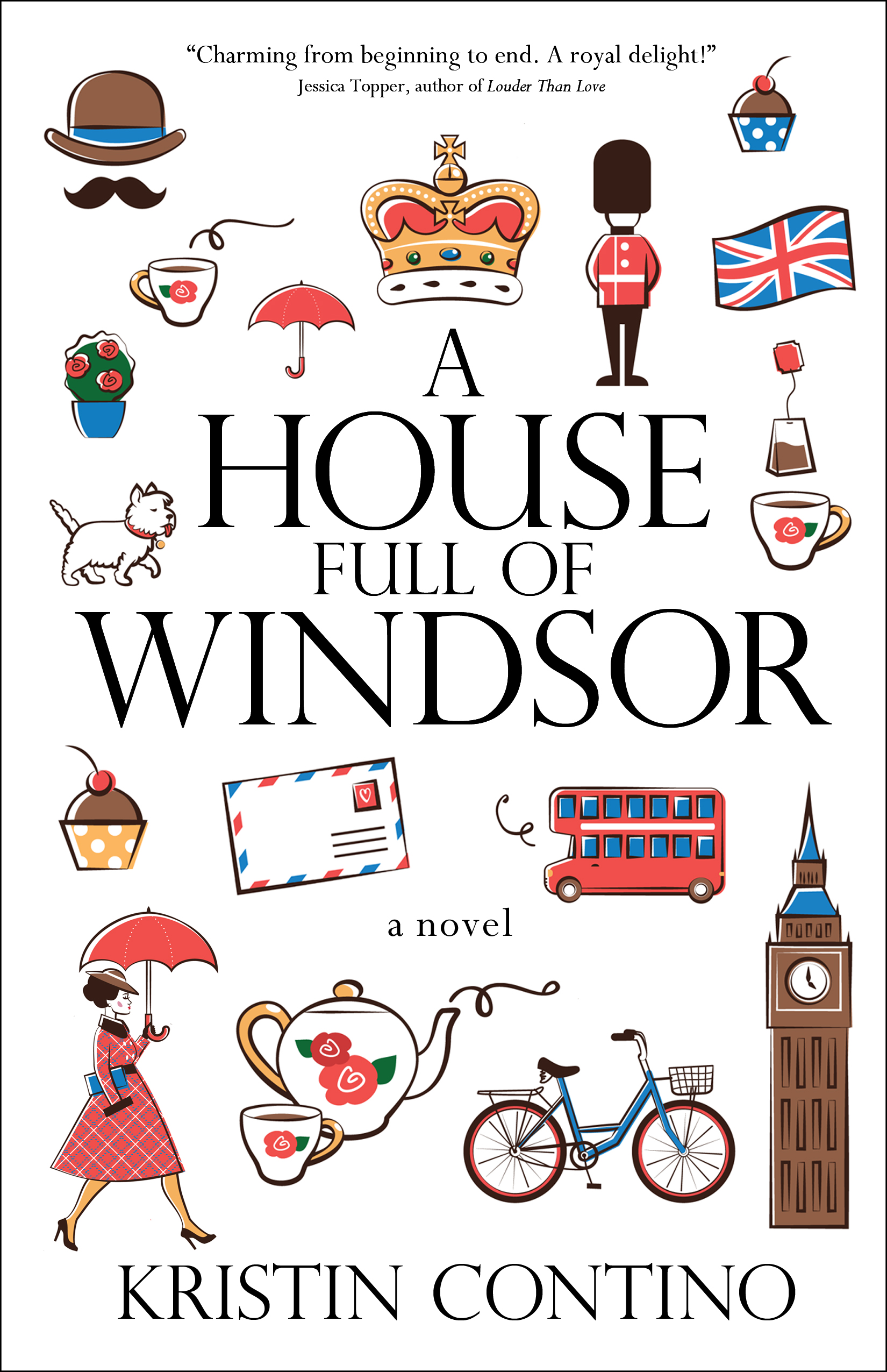 Spanning from 1980s London and the royal wedding of a century to a present-day reality TV show, A HOUSE FULL OF WINDSOR explores how one woman’s messy past shapes her family’s future.

Sarah Percy’s career depends on New Yorkers taking her household advice as gospel. “Sarah Says” used to be the most popular segment on the city’s top morning show, but ratings are down and it looks like Sarah might not have a tip for everything, after all… especially when her mother gets involved.

Debbie Windsor, Sarah’s mother, is a shopaholic and compulsive hoarder, a secret Sarah has worked tirelessly to hide her entire life. Debbie was always fascinated by royalty, but when her real-life love story started to parallel Princess Diana’s, she turned to collecting royal souvenirs to fill the void. Leaving her husband’s native England and relocating the family to her hometown in Pennsylvania doesn’t help the situation, and two decades later the house is a royal mess. Debbie’s safety is on the line, but she brushes off any attempts her family makes to help.

When Sarah’s brother gets a job on Stuff, a TV show about compulsive hoarding, he nominates their mother for an episode and promises his famous sister’s participation. Backed into a corner, Sarah and Debbie agree, but everyone has something at stake whether the episode does or doesn’t go off without a hitch. With both family and romantic relationships on the line–including the connection between Sarah and the show’s sexy host, and Debbie’s budding romance with a local shopkeeper –long-buried secrets and resentment must come to the surface for the family to move on.

Taking readers from 1905 Italy to present-day Philadelphia, THE LEGACY OF US uncovers how the lives of three generations of women are changed by love, loss and one little necklace…

Liz Moretti thought she knew almost everything about her grandmother, Ella, from her love of “The Golden Girls” to the perfect pound cake recipe. But when Ella passes away and Liz finds a cameo locket with a marriage proposal engraved inside (from a man who was not her grandfather), she realizes that sometimes a person’s secrets are discovered only after they’re gone.

On top of losing Ella, Liz’s career as a jewelry designer is stagnant and her love life lacks sparkle, too. When she reconnects with the one who got away, Liz thinks maybe things are finally starting to look up. But after a few drinks and a trip down a flight of stairs, Liz wakes up to realize the cameo is gone. Her ex offers to look for it, but so does Justin, the intriguing new guy in her apartment building.

While dealing with her feelings for two very different men and generally trying to reinvent her mess of a life, Liz finds answers and solace in Ella’s diary. The story of the cameo, and the relationship between her grandmother and great-grandmother, an outspoken socialite from Italy, inspires Liz to grow up and accept responsibility for her missteps. Eventually she must choose between the life she thought she wanted and the promise of something better.